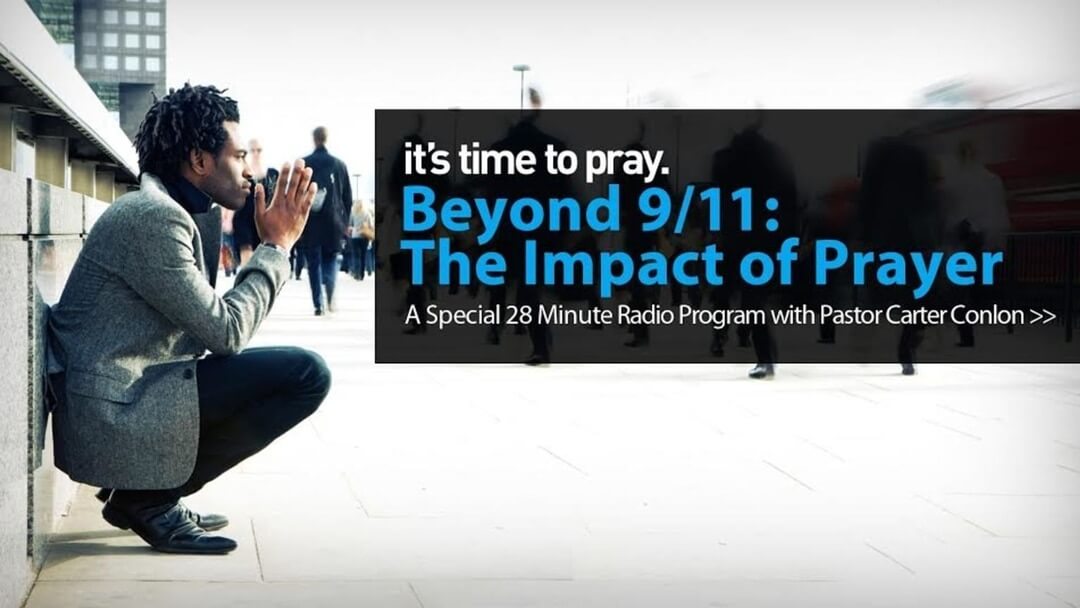 “I remember people coming into the church rolling their sleeves up, saying, ‘Pastor, tell us what to do, we’re ready to work.’ They weren’t terrified because we had been warned. We were ready for people coming down the streets who were terrified, who were stranded in Manhattan and couldn’t get out of the city. We gave people food and shelter. But most importantly, we had a word for them, spiritual comfort that so many people were needing.”—Pastor Carter Conlon

Situated in the heart of Manhattan, Times Square Church has a history of outreach to New York City. Founded by David Wilkerson in response to weeping over what he saw in Times Square in 1986, the church has ministered to the poor, the hungry, the destitute, the addicted from the theater district to Wall Street and far beyond the borders of New York City. Remarkably, in the weeks preceding 9/11, in response to the moving of the Holy Spirit, all activities and outreaches at Times Square Church were stilled as God called the people to pray for New York City. Little did those immersed in prayer over those weeks imagine what God was actually preparing them to do to serve their city.

Listen to the re-telling of God’s extraordinary work in and through the lives of those in the thick of the events of 9/11. The reflections are anchored by Pastor Carter Conlon’s reminder of what God’s Word says about such days, to encourage us, that just as Times Square Church was ready, so ought we to be ready to respond to whatever God calls us to do.